A new hybrid building under construction in Vancouver to house the University of British Columbia students will become the world’s tallest timber tower when completed in 2017.

Designed by Acton Ostry Architects with Architekten Hermann Kaufmann of Austria as tall wood advisors, the $51.5 million projects will rise to a height of 53 meters to accommodate 404 students. Construction on the 18-storey Brock Commons Student Residence at the University of British Columbia began in November 2015 and is expected to be completed in the summer of 2017. The student housing structure will be the tallest mass wood hybrid building in the world.

The hybrid construction includes a one-storey concrete podium, two freestanding concrete cores for lateral stability, and 17 storeys of mass timber topped with a prefabricated steel beam and metal deck roof. The timber structure carries the vertical loads for the entire building. Steel connectors fitted to the building’s glulam columns provide direct load transfer between the columns and a grid of cross-laminated timber (CLT) panels, allowing the building to meet new seismic design requirements for the 2015 National Building Code of Canada.

Once the concrete cores are completed this month, work on the mass wood hybrid structure and facade will begin with progress expected at a rate of at least one floor per week. The use of prefabricated materials including CLT slab panels, glulam columns, steel connectors and facade elements is helping speed up construction. 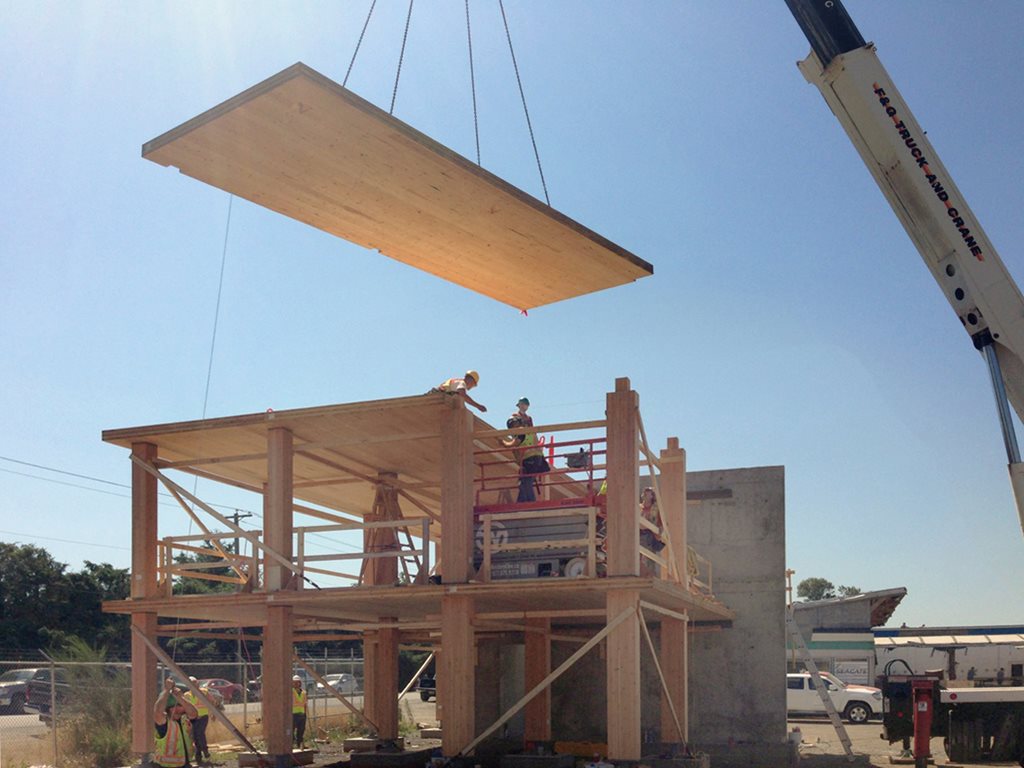 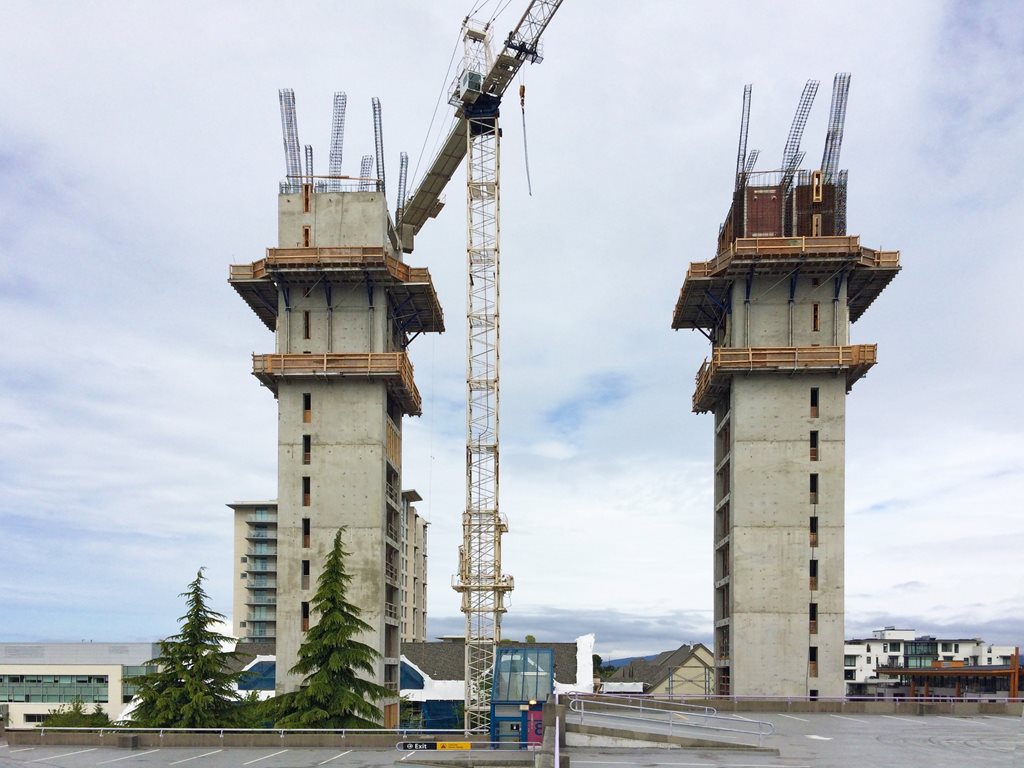